Magic
“This song is about feeling like you’re losing touch with the magical part, maybe the youthful part, of yourself. It’s feeling like maybe you’re losing something you once had because the world around you is naturally changing and everyone is getting older,” said lead vocalist Mary Lynn Gloeckle.

“It’s about holding on to the hope that what you’re missing is still there deep inside of you and always will be. It’s about feeling like you need that magical world around you in order to keep your own fire alive. The chorus is sort of a desperate call to yourself, and anyone who may be feeling this way, to not let yourself burn out. Keep it alive. It’s in you,” said Mary Lynn.

Go Back
“This particular song is probably one of the most sassy songs I’ve written. I can’t exactly remember how it came to be, but it’s about looking back at your old self knowing where you are now, and wishing you hadn’t been so sad back then. It’s definitely got a bit of a tough-love vibe, “said Mary Lynn.

“Now that you finally feel content with who you are, you wish you could’ve just loved yourself back then.” She said, “It makes you feel a little angry to think about the times you moped around alone, when you could’ve spent that time being happy in the world.” Is there a story behind your band name?
We just go by my name, Mary Lynn. Initially, when I started my solo project, I only played shows by myself. In my art, all I want to do is be a real human being, and hope that maybe it touches another real human being.

Since I’ve added a full backing band, we have considered getting a cool band name but decided that this project doesn’t really need it. The art we are expressing is just as simple as my name – it’s my thoughts, my feelings, my brain, my real self.

How do you describe your sound?
A mix between pop, rock ‘n’ roll and noise. Energetic, honest, loud and soft.

Are you a Columbus native? If not, where did you grow up, and how did you find yourself in the Central Ohio music scene?
I was born in the Chicago area but moved to the Columbus area when I was in kindergarten. I was always in love with music, since birth, and influenced a lot by my dad who played in rock bands when I was growing up. As a kid, I carried a toy tape player around and recorded songs about my cats and Bugs Bunny through the attached plastic microphone … In third grade, I started piano lessons, and it all just grew from there.

When I got to high school, I started wanting to start a band, but I didn’t know anyone to be in a band with. The turning point was when I met Joe (my guitar player/best friend/co-producer) in 2005, waiting in line to see Saves The Day at the Newport. He handed me a flier for his band This Is My Suitcase. And when I went home and listened, I discovered that I liked their music as much, if not more, than many of my favorite national bands. It opened my eyes to the entire magical world I was waiting for.

I connected with Joe on AIM (oh, 2005) and started going to all of his shows. After I graduated high school in 2006, I started college in a music technology program. I offered my assistance to Joe to help record anything he might need. Considering I went to a conservatory of music, he took me up on recording all sorts of instruments for his music and eventually asked me to join his band. I didn’t sleep for weeks … I was so excited. I felt like a Disney princess whose dream just came true.

Tell me about your time as a solo performer. What was your original gateway to music, and why were you compelled to bring in a full band?
I had always experimented with songwriting and wrote an album of pop songs my senior year of high school. It was just acoustic guitar and vocals. I’m not quite sure what the gateway was – I think just my love for music in general. Writing was just something that I did, whether I really wanted to or not. A lot of it came naturally at first, and I never tried to force it.

My confidence as a musician really grew after I joined This Is My Suitcase and stated singing backups. Eventually I started putting together some demos with a free recording program on my laptop, and eventually I ended up writing an entire album.

At that point, I also started playing solo shows with just my keyboard, then decided to go ahead and record a full-blown solo album. During the making of that, I worked very closely with Joe, and together we fleshed out the songs from just piano/vocals or ukulele/vocals to have drums, backups, guitars and tons of other noisy instruments.

I started playing live as a duo with Jeremy, who was also the drummer in This Is My Suitcase. After that album came out in 2013, I added a bass player and then eventually for the second album, a second guitar player. I added the band because I wanted to be able to recreate the full versions of the songs in a live setting – and also because I wanted to have fun and be loud and jump around on stage with my best friends. Tell me about the two songs you performed for us. They are new songs for you, yes? Do they have their own origin stories?
Both of these songs (“Magic” and “Go Back”) are from our upcoming third album and are new – though we’ve been playing “Go Back” around town for a while, as it was one of the first written for the album. I feel like every song I wrote has its own story for sure, and these two are not exceptions.

How do you hope listeners respond to these two tunes?
I hope they blast it on their car radio and sing along, maybe smile and head-bang a bit, and end up feeling a little better about where they’re heading.

Did you have any posters on your wall as a kid? Who or what did they depict?
Too many to name, but here are the all-stars: Hanson in elementary school, NSYNC in middle school, Fall Out Boy in high school.

Does anyone have a proverbial day job that is very different from their life making music?
Austin works in a guitar repair shop, which makes the most sense. I’m an assistant property manager, Joe is a nurse, Jeremy is a hotel manager and Corey works in customer service. Sometimes having a drastically different day job and then going to play a big rock show in the evening makes me feel like I’m leading a double life.

If you could invite three musicians living or dead to dinner, who would they be and why?
Paul McCartney and John Lennon would be two of them because seeing the pair of them together would literally kill me and I’d die happy. Add Taylor Swift to the mix, and I’d never have to come back to Earth again.

Where can you likely be found around town?
If we’re being honest, I’m usually just chilling in my house. I’m definitely an introvert so I spent a lot of time decompressing. When I’m home I do a lot of writing, reading, watching documentaries and admiring my roommate’s cat.

I do love to get outside and take walks in the graveyard near my house. Sounds creepy, but it’s actually a super beautiful area surrounded by beautiful woods and water. It’s also brought me a ton of inspiration, and filled with super cute wildlife including adorable families of deer and a local cat or two (plus a few ghosts, probably).

When I do get out of the house, I definitely love to support the local music scene and see a show. Joe plays in Brat Curse, Van Dale, Blanket Boys and Classical Baby. Austin, Corey and Jeremy both play in Corey’s project The Finer Things. Jeremy also plays with Earwig. The Newport is probably my favorite venue – I just think shows are magical there. For local shows, Ace of Cups, Spacebar and Big Room Bar are all friendly and chill. CD102.5 is the best.

A few of my other favorite spots are Spoonful Records, Dirty Franks, Over The Counter, Crimson Cup and Target (duh). Also, if you wanna pretend you’re in a Harry Potter movie and feel fancy while drinking tea, check out Asterisk Supper Club in Uptown Westerville. Order the grilled cheese and tomato soup. You will not be sad. You will only be happy and warm. 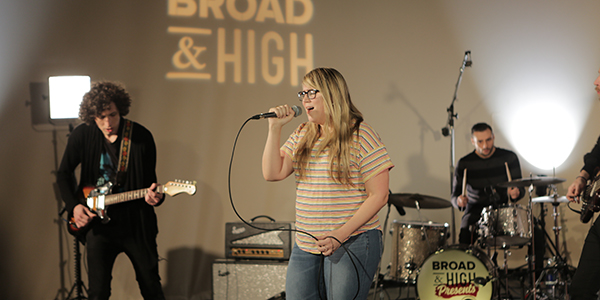 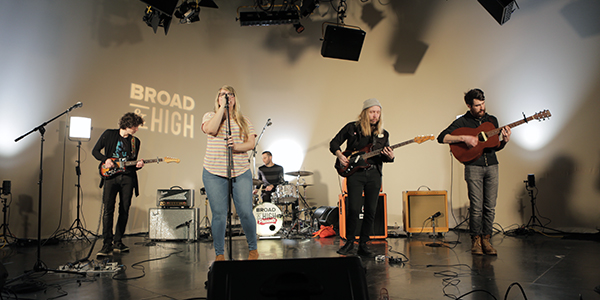