Since Earwig debuted with an EP recorded in a garage in 1992, the indie rock band has seen the kind of lineup changes expected of a 26-year-old act. The one constant has been bandleader and guitarist Lizard McGee, whose garage served as their first recording studio.

Earwig became a family band when McGee’s daughter, James McGee-Moore, joined on vocals and keys as they completed their most recent album, Pause for the Jets (2016). Bassist Constantine Hondroulis and drummer Jeremy Skeen complete the current lineup.

We caught up with the members of Earwig following their Broad & High Presents performance – featuring two new tracks – to learn more about the Columbus music scene staple.

Your Attention
Earwig is a Columbus-based indie rock band led by guitarist Lizard McGee. Accompanied by his daughter James McGee-Moore on vocals, Constantine Hondroulis on bass and Jeremy Skeen on drums, the band joined us in the studio to share their tune, “Your Attention.”

Wasted on You
“‘Wasted on You’ was one of the hits off of our last album (Pause for the Jets) – it was a big radio success. It’s sung by Lizard (guitarist) and another artist who did a collaboration with us, Lydia Loveless, on the recording on the album,” says vocalist James McGee-Moore.

“I sing it live because Lydia’s not in our band. So that’s kind of one of the hits, one of the ones that people like to hear. And I really enjoy playing it because Costa (bass guitarist) took a verse, and I really enjoy that all three of us get to sing, like, a large part of the song – that makes the music more interesting to me than just one person singing the whole time,” says McGee-Moore.

Evidence
“‘Evidence’ and ‘Your Attention’ are both brand-new (2018) songs that the band has just begun learning for a show that we played [this summer], and they’ll be part of the next album project that we have,” guitarist and vocalist Lizard McGee.

“So when we got asked to come play (in the Broad & High studios), I thought it would be fun to have one staple that we played from the last record that did well (“Wasted on You”) and then just play new stuff,” McGee says. “Playing them acoustically was pretty fun, too, because we’re still deciding exactly what we want them to be.” From: Indianapolis
Fave local acts: Ugly Stick, Saintseneca, Scrawl
Influences: “The (band’s) sound has just morphed in an organic way from the same influences I’ve always had, ranging from Prince to, you know, R.E.M. and the various influences that everybody brings to the band. And we sort of just jell that into what the sound is.”

From: Columbus
Fave local venue: Ace of Cups
Fave local act: “I grew up listening to Preston Furman, and they have a special place in my heart.”
Influences: “I’m really into, like, Prince and David Bowie, of course, because they had the whole stage presence thing down to an art. I’m really heavily influenced by Laurie Anderson – it’s one of the things that made me want to be able to play keyboard and sing at the same time and dress weird and do different kind of stuff.”

From: New Orleans
Fave local acts: Twenty One Pilots
Fave local venues: Rumba Cafe, Skully’s
Influences: “I grew up on, like, goth music and ’80s music, and I still enjoy that kind of music. But I guess from a bass player point of view … Led Zeppelin guy – John Paul Jones – the dude from Barkmarket is awesome. Shriekback is great. I also like heavy metal and industrial music and all that stuff, too.”

From: Groveport
Fave local act: Saintseneca
Influences: “I kind of grew up just listening to a lot of ’90s grunge music. But in terms of my playing style, I’ve always tried to be a mix of Ringo Starr and Mitch Mitchell.”

Lizard: Doughnuts. That just means everyone should like Earwig.

Lizard: If I was Jeremy, I’d be like, “When I’m not playing, I’m at CubeSmart playing my drums.”

Lizard: When I’m not playing, I’m answering questions in other people’s voices.

James: I mean, COSI, but it’s not hidden.

James: I just went to the (Ohio) Glass Museum in Lancaster. It was only $4 to get in, and it was awesome. They told me all about glass and all the different companies in Ohio that made glass. They had, like, glass molds, and it was cool – totally worth $4.

The best food in Central Ohio is ___?

Lizard: I love Loving Hut in Reynoldsburg. It’s a great vegan restaurant – I’m vegan. Last night, for the first time, I had the Impossible (Burger) vegan sliders at White Castle. And I can’t wait to go back there today because it was so good. So that’s my, like, wildcard entry, is the vegan slider at White Castle. It was really good.

James: Good if you like pineapple, but I don’t.

On the Origin Story

Lizard: When we were looking for a name for the band, I’d heard about a trick that R.E.M. – how they picked their name. The idea is, you use an old dictionary as an oracle.

So I have a dictionary that belonged to my grandmother. It’s very old, very thick, and we kept it in the basement. So we went down to the basement (in 1992) and you just, like, pop it open to a random page and put your finger on a word. And there you have picked the name for the band.

We opened it up and put our finger in the middle of the dictionary, and I think it was “rowboat” or “turtle” or something weird. And we didn’t like it. But there were a bunch of earwigs in the dictionary because it had been stored in the basement.

So we decided that would be the name because of the dictionary. That’s my story, and I’m sticking to it. I still have that dictionary. And we recorded a cassette in my garage and began releasing our own music.

"Your Attention" by Earwig 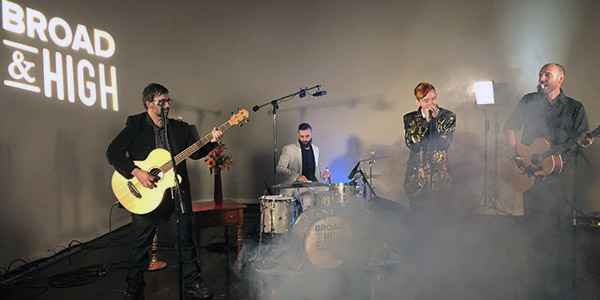 Web Exclusive: “Wasted on You” by Earwig

"Wasted on You" is a popular song from Earwig's most recent album. 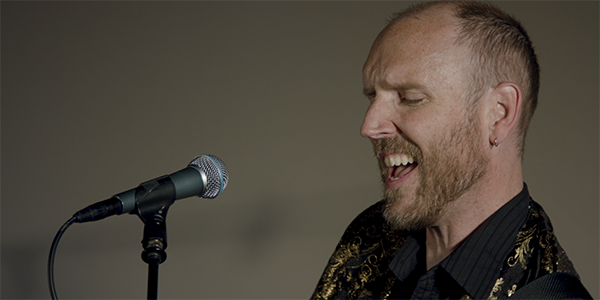 Earwig performs "Evidence," a new song that'll be on the band's next album. 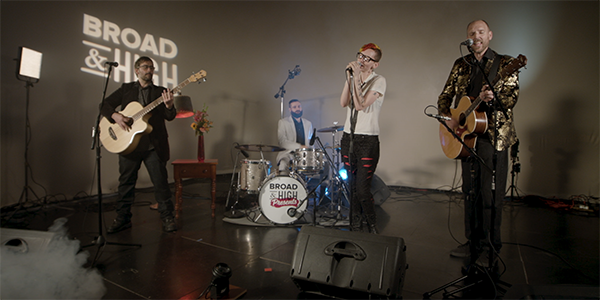 Meet the Musicians of Earwig

We caught up with the members of Earwig following their Broad & High Presents performance – featuring two new tracks – to learn more about the Columbus music scene staple.