Four years ago, Lisa Brokaw moved to Columbus from Dayton. Three years ago, she teamed up with Joe Camerlengo to create acoustic duo Blanket Boys. And two years ago, they became roommates.

While they share an address and loves of music and cats, Brokaw is the thoughtful, soft-spoken counterpart to Camerlengo’s enthusiasm and charisma. And with an intimate band like Blanket Boys, Camerlengo says, the ways in which they balance each other and the dynamics of their friendship shape the experience.

Any Body
“We’re not a couple, but it’s very much like a relationship band, where in my mind, it wouldn’t work if we both didn’t want to be there,” says Joe Camerlengo. “Because the songs are so honest and they are so quiet and the music is just so vulnerable that I feel like if we weren’t in the mood to do it, then it wouldn’t happen.”

The Door
Lisa Brokaw says “The Door” is a reference to her cats.  She says, “I feel like every morning I can just hear them outside of the door, like, crying. So that’s like, ‘I can hear you crying / through the door / I can tell you’re lying,’ because I’m always like, ‘You guys aren’t starving to death, like, you can wait for breakfast.’ So that’s pretty much my part of that. And then, I think Joe just, kind of, rolled off of that.”

Joe Camerlengo says, “Yeah, I think I knew what your lyrics were, and then I said I would write a chorus. When I wrote the riff for the beginning of the song, like, you know, years before I met Lisa, I was waiting.”

“I think just something between that part of the music and then what Lisa was singing about in the verse – as you can tell, we don’t think about our lyrics much, which doesn’t mean we don’t care. I think that’s why there’s a level of honesty to the band,” says Camerlengo.

Soften
“[Erin Wehrenberg] has a book called Soften, of, like, different poems and stuff. So when I started writing this song, the book was kind of like the lead-in for all the thinking for the song, which is why it’s dedicated to her,” says Joe Camerlengo. Joe: Talking to our cats.

Lisa: Projecting my feelings onto the cats as if they’re saying these things.

You said you have two cats right, Lisa?

Lisa: Yeah, and then Joe has one.

Joe: So there’s three in our house that kind of wrestle around.

I have to ask what their names are now.

Lisa: Mine are Henry and Olive. And I’m actually a crazy enough cat lady that I have them here (gestures to tattoo).

Joe: And Bob – not tattooed, not pictured.

Joe: In my opinion, until I met and – I’m not taking credit for any of it – but, like, helped convince her to find outlets to get her material to people, [Lisa] was the best hidden gem.

And I don’t just mean that like a blind compliment, but I just knew that her talent for songwriting and talent for vocal pitch and performance on guitar is just – she’s 10 out of 10 across the board. Her songs are great. Her vocals are always great. She has very good pitch and like very good sense of musical abilities.

From day one, it was like, “These are finished songs? Where are they?”

“I don’t know, there’s a couple on SoundCloud, and the rest are in my crazy brain.”

So I think that there’s always people that hide their material – not intentionally, but I guess if you’re a timid person, you don’t necessarily want to go out and share your material in the most blatant way.

When I met Sharon (of Counterfeit Madison), she was the same way. Once again, I’m not taking credit for it. But I also helped her want to do solo material. Because she’s like, “I don’t want to be famous.” And I’m like, “You don’t need to be famous. Just put out a solo album. People want your songs – they don’t just want to see you play piano for everybody.”

So I just think there’s certain people that are scared to take that step of almost taking responsibility for the material they’ve written.

And so, I don’t really know who the best hidden gem is because it’s hidden. But I’d say there’s always people out there that are just capable of more than you would know. And I’m lucky I know at least a few of them.

Lisa: Yeah, not to just blindly compliment Joe, but prior to moving to Columbus, I’d lived in Athens. And I’d played a couple of shows there the year before and only under pressure to.

Another friend of mine was like, “Hey, do you want to open for me? I know that you can probably write songs.”

So I cranked out a bunch of songs for this specific show.

So I’ve only been constructing songs for I guess, like, five years or so at this point. It was just, when I moved to Columbus and started to know anything about the music scene, Joe’s name came up before I even met him and how great his bands were and everything. So I felt really fortunate that I met him and that he took interest in what I was doing.

So we are each other’s hidden gem. We nailed that question [laughs].

Joe: Important information here. So if there’s pineapple on a pizza, I don’t take the pineapple off – I enjoy the pineapple. But I would never in my right mind order a pizza with pineapple on it. It’s like most of my acquaintances – I’m not going to call them, but I will enjoy them when I’m in their presence. But me and pineapple stay on acquaintance status.

Lisa: Yeah, I guess it depends on the era of my life, too. Growing up, I really liked Hawaiian pizza with ham on it. But then when I became vegetarian, pineapple by itself can get kind of dicey. So it has a time and a place. Lisa: In this band, we both kind of bring songs to the table and then add layers to each other’s songs. And then sometimes we will write together, but that’s rare.

Joe: We don’t think about our lyrics much, which doesn’t mean we don’t care. I think that’s why there’s a level of honesty to the band.

He wasn’t putting up any serious walls, where he was sitting down and, like, trying to write his feelings. He just kind of threw it on paper without thinking about it.

And I think that’s why [Nirvana] has songs that people can totally invest themselves in, because there’s a level of unguarded honesty when you’re writing almost stream of consciousness.

And you’re like, I don’t know why I said this, but I know that I meant it. It’s something that I feel a lot when I’m writing these lyrics – I can’t explain it, but I know that this is what I mean. And maybe later, I’m going to know what this means.

So I think we both kind of go about songwriting in this band almost with that idea of, don’t labor it. We do work on the songs a lot, but as far as the writing – I know that Lisa’s told me several times that like, these lyrics are just placeholders. And then eventually, the placeholders become the truest lyrics she could say.

Joe: But we’ve also put out, like, two releases: one two years ago and then one a year ago. And we’re working on a full-length album that we have a lot tracked for. We’re just getting it together and another, like, more miniature release that will probably come out first.

It’s cool that we do so much recording – more than focus on the shows – because it makes it less of a let’s-go-to-the-bar-and-play-the-show band, which so many bands are. Like, you just focus on practicing your songs all the time and going to the show and executing it and being, like, ‘Cool show!’

But Blanket Boys is a little more – it’s almost just, like, a storage shed that we keep all our emotional songs in, and every once in a while we play a show.

"Any Body" by Blanket Boys 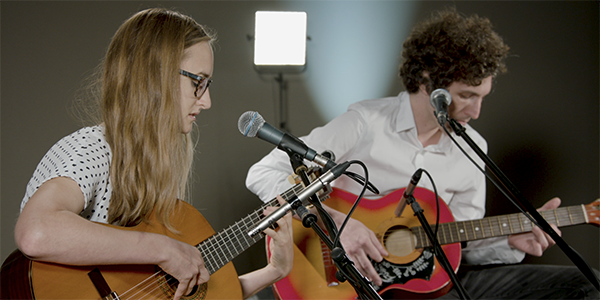 Lisa Brokaw and Joe Camerlengo collaborated on writing this song. 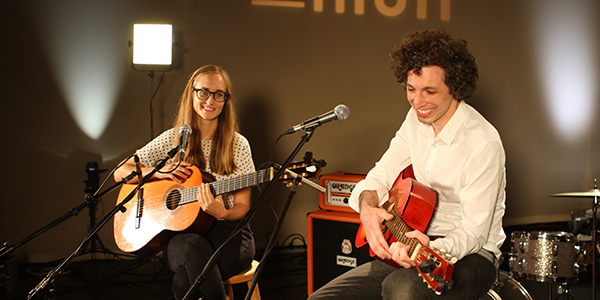 Get to know Lisa Brokaw and Joe Camerlengo, the duo behind Blanket Boys. 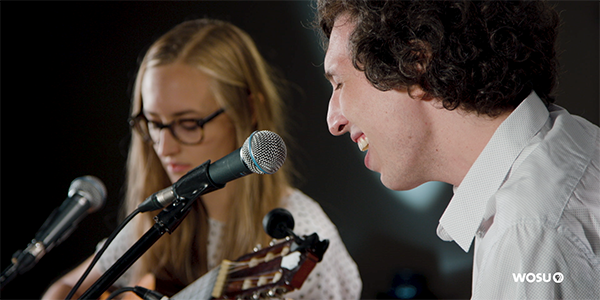 Erin Wehrenberg's book 'Soften' was the inspiration for this Blanket Boys song.