The musicians of OLDE FRNDS all met in the Columbus neighborhood of Olde Towne East. The group started jamming together in 2016 and features Dwayne Barnett (guitar), Ramsey Morton (keys), William Ong (percussion) and Carl Sigler (bass).

AFIB
“I was released from the hospital for only two days with atrial fibrillation,” drummer William Ong says.

“Me and Dwayne got together, and the song just came into fruition through jamming. It was one of those moments where the song just writes itself and you were glad you had the recorder on.”

Pineapple Cloud of Lies
“This was a piano melody Ramsey came up with while we were in the mixing process of our first record,” drummer William Ong says. “It’s one of the singles from the new EP.” From: Toledo
Day job: Making pizza
First album: First CD was Art Blakey and The Jazz Messengers. Art Blakey is one of my jazz heroes.

From: Columbus
Day job: I teach private drum lessons for a living and freelance.
First album: The First cassette that I personally owned was The Beavis and Butthead Experience, which had Nirvana, Anthrax, Megadeth, Run DMC, Aerosmith, White Zombie, Primus, Sir Mix-a-Lot, Red Hot Chili Peppers, Jackyl and Cher with Beavis and Butthead. I was 9, so what do you expect? Ha.

What’s the story behind the band name?

Will: We all met in Olde Town East, and we are friends. The (missing) vowel part is ’cause we’re lazy. But also there are a lot of bands called Old Friends, so copywriting “OLDE FRNDS” was a better choice when it comes to people looking us up and whatnot.

Tell us about your songwriting process.

Carl: Usually Dwayne or Ramsey come up with parts or melodies, and we get together and flesh them out into songs over a week or two.

Will: I think it’s more fun to take people on an audial journey. I feel the world needs to listen to more instrumental music for inner reflection, instead of having people telling them what emotion to feel.

How do you describe your sound?

Carl: We sound like a banshee trying to break into a DQ for some chickee tendies.

Will: What Carl said, but mix some jazz, electronic, math rock on the Bluetooth speaker in the kitchen.

Talk about your new album, The Future is Unnecessary.

Carl: Hopefully people like the new album. I’m very proud of this record, and it’s always great to hear it resonates with people.

Carl: Laura Jane Grace, Thundercat and Stepan Rak. The first two have a big influence on both the way I play and listen to music. Stephan Rak is just a b–a– classical guitarist, and I’d love to talk to him. I bet Laura and Thundercat felt the same. 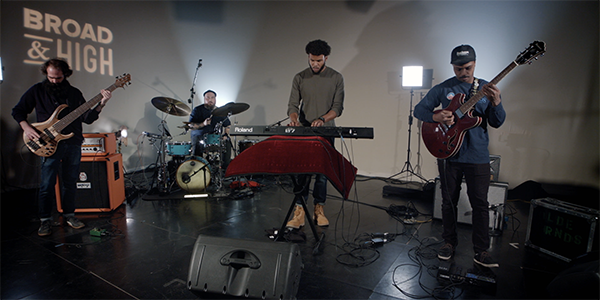 "I was released from the hospital for only two days with atrial fibrillation," drummer William Ong says. 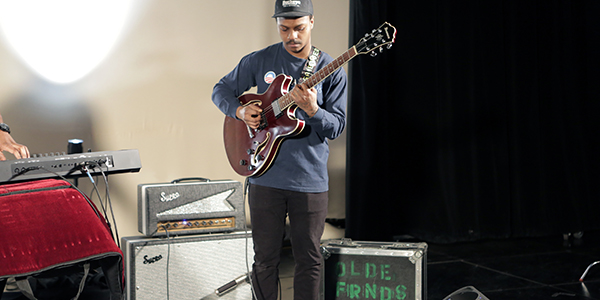 This track is one of the singles from their new EP, 'The Future is Unnecessary.' 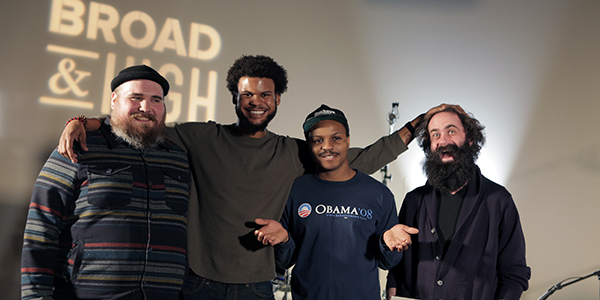 The musicians of OLDE FRNDS all met in the Columbus neighborhood of Olde Towne East.