Longtime Broad & High fans may recognize Dave Buker & the Historians from early in Season 1, when we profiled the Columbus band that blends folk and Americana with electronic sounds. The Historians recently returned to the WOSU studios for an encore performance, featuring three new songs.

In the five years and some change between Broad & High appearances, the band released another EP and a full-length album. After a couple of band members departed, Tim Jennings took over on bass. Then, Buker married band member Leanna Stansell.

How Long Can I Pretend?
“These songs aren’t really personal. Usually they are. When we did our last full-length record, we did an Indiegogo campaign to finance it. And one of the perks was that you could donate X amount, and that would get you a song written based on a story you told us.

“So the first one we played, ‘How Long Can I Pretend?’ – somebody told me this story, which is kind of ironic because this girl told me a story about her ex-boyfriend and her ex-boyfriend is also somebody I knew and I grew up with and donated a lot of money too. And he told me a story about her, and so there are songs that are kind of back and forth on this record (It Moves in the Dark). So that’s what that’s about, kind of the story that she told me,” said vocalist and guitarist Dave Buker.

In the Black
“The last one (‘In the Black’) is more just – I don’t know that it’s about any one thing. I think that the story that person told me that started that first song (‘How Long Can I Pretend?’) kind of just started to ruminate and developed into just more of that same emotion in that other song,” Buker said. Joe: The Band or Tom Petty.

Leanna: One of our songs sounds like a Decemberists song.

Dave: A lot of us are teachers.

Dave: Eating. I always eat a lot of food.

Joe: Tim is a parent-to-be.

Dave: We are cats.

Leanna: Yeah, Dave and I have three cats now.

Dave: So does Paul.

Paul: Just got a cat.

Dave: Tim’s not into this, no.

Dave: Yeah, I don’t know if it’s hidden, but I think it’s really important that we have CD102.5, that we have a radio station that is local and supports bands. And we have a public media station at WOSU that does the same thing.

Leanna: Can we go eat after this? I’m so hungry [laughs].

Dave: New India. That’s tough to answer, I think, because Columbus has so much because we’re culturally very diverse.

Leanna: Yeah! [Dave’s] the only loser.

Dave: I like anchovies. Does anybody else eat anchovies on pizza?

Dave: And here’s the problem with it, you can’t – like, pineapple, if you want pineapple on your pizza, we can do half and half. It’s not going to interrupt the pizza. You get half anchovies on the pizza, that whole pizza tastes like it. There’s no way around it.

Leanna: The box [laughs]. Did your cats tell you about it?

On the Stories Behind the Songs

Dave: Alright, we’ll get deep. I can say this: these (three) songs aren’t really personal. Usually they are. When we did our last full-length record, we did an Indiegogo campaign to finance it. And one of the perks was that you could donate X amount, and that would get you a song written based on a story you told us.

Do you find that these story-based songs fit in with the other stuff you’re already working on, or is it a challenge?

Dave: No, it does. There was one person who told me a story that I felt – it was so specific that it was hard to, like, really put a spin on it that felt right for us from a writing standpoint. And I talked with them about it, and they’re fans of the band and they know our songs really well. And he said, well, something happened to me recently that I think would fit better in the way that you write. So he told me a different story, and I’m working that out.

So I mean, there’s been a little back and forth. But for the most part, if somebody’s telling me a story about a relationship, that’s kind of the way these songs tend to go. We don’t really write things that are sociopolitical. So if that’s the story, then it works.

But it’s been weird. I don’t know if I like it. It’s been an interesting experience. It feels like a lot of pressure. And sometimes I wonder, like, if I expound upon what somebody is telling me and I make some assumptions about certain feelings, I don’t know whether that’s fair or accurate. But that’s kind of bound to happen. So that’s stressful.

"It Moves in the Dark" by Dave Buker & the Historians 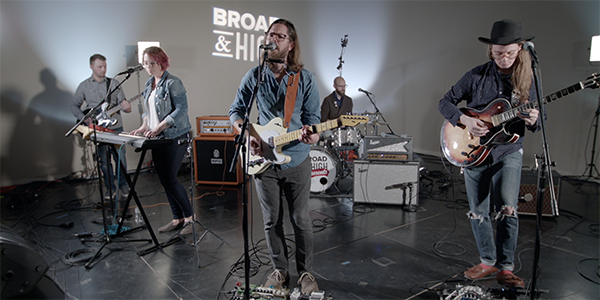 Web Exclusive: “How Long Can I Pretend?” by Dave Buker & the Historians

"How Long Can I Pretend" is based on a story told to Dave Buker. 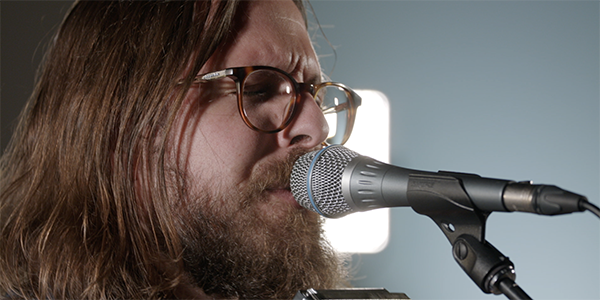 Web Exclusive: "In the Black"

Dave Buker & the Historians visit the WOSU studios to perform “In the Black,” from their new album, 'It Moves in the Dark.' 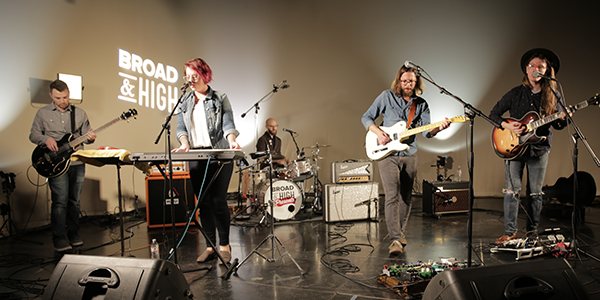