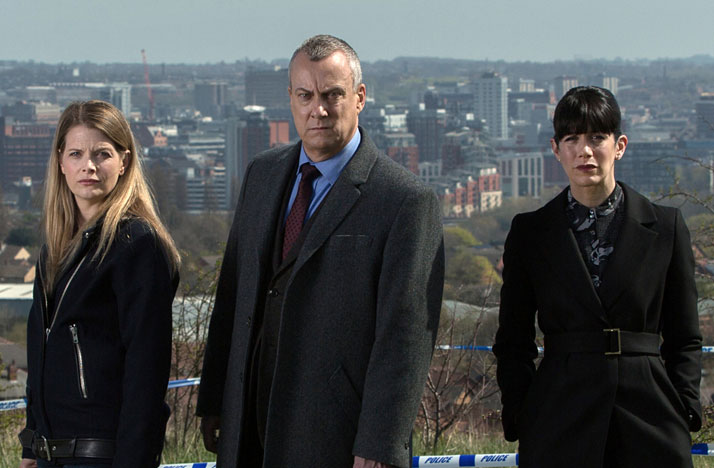 Detective Alan Banks returns in the popular crime drama, based on Peter Robinson’s novels, with three original stories set against the striking backdrop of rural and urban Yorkshire.

To Burn in Every Drop of Blood | Friday, May 10 at 10pm on WOSU TV
When the victim of a frenzied attack is found in woodland, initially the team wonder if it’s random or related to the location – a shrine to a local girl who recently committed suicide there. After the victim is identified and Banks uncovers a link to local crime boss Steve Richards, Banks formulates a theory of his own: he’s convinced the hitherto untouchable Richards had a part in the murder. Watch preview.

A Little Bit of Heart | Friday, May 17 at 10pm on WOSU TV
What starts out as a missing person’s case soon escalates into a kidnap and ransom – but when the perpetrators cleverly stay one step ahead of the police it soon becomes clear that they are far from average criminals. The case is further complicated by the fact the victim, a wealthy businessman, came to Leeds after fleeing persecution from his birth country of China. Watch preview.

Undertow | Friday, May 24 at 10pm on WOSU TV
Banks and the team have a painful job to find out how a recent tragedy occurred. Following dogged police work, they locate and close in on a suspect – only to be thwarted when it’s discovered there’s no way they are to blame. While recently appointed Chief Superintendent Anderson puts pressure on Helen to reign in Banks and close the case, Banks becomes increasingly certain that this is all down to one man – crime boss Steve Richards. Watch preview.