They visited the WOSU studios to perform songs from their 2017 album, Baby Blue.

Safe
Vocalist and guitarist Sarah Overdier says, “Both ‘Safe’ and ‘Beach Bums’ allow Emily (Ng) this opportunity to really, like, showcase her bass skills and Paige (Vandiver) to not have to use brushes [laughs]. She can finally wail (on the drums) a little bit.”

Beer and Lemonade
“’Beer and Lemonade’ is really kind of written by all of us,” says Sarah Overdier. “I was in a dry spell of creativity, and my husband and I didn’t have any air conditioning at the time. And I’m from the north, so I don’t do heat at all. And I’m not really a big drinker. I’m all about the sweet stuff, and my husband loves, like, all these craft beers and things.”

Overdier says, “I just had a verse and a chorus. I wanted something that we could all really harmonize on. And I thought it was actually a really stupid song. But I was like, ‘Here, guys, I have this little jingle here.’”

Beach Bums
“I just knew, like, at the time we needed an upbeat song – we needed something that was going to be positive in nature, both lyrically and melodically, and something a little bit faster,” says Overdier. “So it was cold, and I was just like, ‘I’m sick of this crap. I want to go to the beach.’” Paige: The first thing that pops in my head is the Metro Parks, because I think we have a just awesome metro park system.

Sarah: That’s a good answer. Emily is always the leader of the band who gets us out and active. Emily leads the Caramel winter hiking.

Molly: I mean, there’s so many pizza options.

Paige: I could name so many good restaurants.

Sarah: What’s that one that you took me to?

Sarah: I like Barcelona – it’s one of my favorite restaurants.

Paige: Alana’s used to be my favorite place. Basi (Italia)’s the bomb – yeah, that place is great.

Molly: Basi’s one of the best. The Avenue was really good.

Emily: I mean, Natalie’s. We keep on eating food there whenever we play a show.

Sarah: [Gasps] Horrible. Against the law. On How The Meaning Behind the Band Name Has Evolved

Molly: I think when we first named the band, it was kind of, like, the beginning of the salty caramel explosion. Like, even just that flavor of ice cream wasn’t really as popular as it is now, as well as even Jeni (Britton Bauer) was – she was big, but she wasn’t huge like she is now. She was branching out. She, you know, worked with us on a lot of just crazy events, even with this [current lineup].

Molly: Yeah, they really have backed us from the beginning. But not only that, I feel like the whole salty-sweet comparison, we’re always like, you know, women are salty and sweet. And I think with this [lineup], we really, like, define salty and sweet from song to song. It was like, “OK, this is a very salty song.” And, “OK, this is a very sweet song.” Whereas with the [original lineup], it was just a name for the band. It wasn’t, you know, like, defining our music as much as it is now.

Sarah: I think just with like any songwriter, you have to exaggerate your feelings. And so, you know, salty and sweet are exaggerated flavors – two sides of the spectrum. So you know, a lot of our salty songs are tongue-in-cheek and in good humor. But then there are some – I guess it’s salty, but it’s really just more passionate. And so they’re all very, like, rich. There’s a lot of metaphors for our songwriting in there.

Molly: And we do have more salty in this group than ever. I don’t know, it’s like we have more sass, I think.

Sarah: Coming of age – we’re just more comfortable with ourselves and more confident.

"Safe" by The Salty Caramels 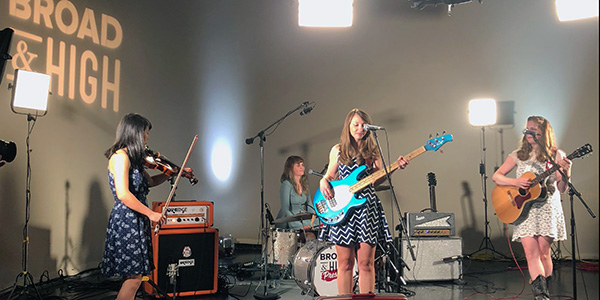 Web Exclusive: "Beer and Lemonade" by The Salty Caramels

"I wanted something that we could all really harmonize on." —Sarah Overdier 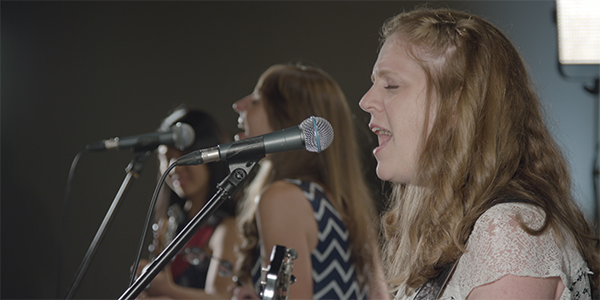 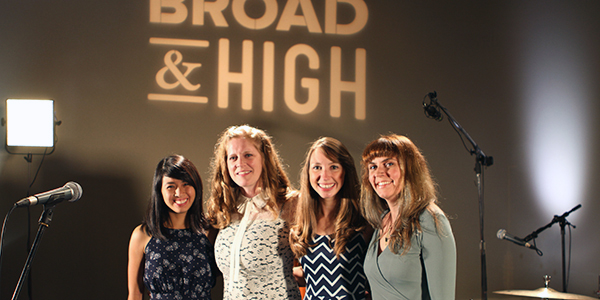 Meet the Musicians of The Salty Caramels

The Salty Caramels joined us in our studios to perform three tracks from Baby Blue and to share stories.