Formed in 2016, Mungbean began as an exclusively electronic two-piece band. Over the years, the band has added live guitar, drums, bass, and finally keys (in that order).

Now, the five-member group delivers a show more similar to that of a rowdy beat-driven rock band than a polished pop performance. From bathrooms to bedrooms to backyards, all of Mungbean’s published music has been written and recorded by the artists at their homes.

Waking Up
“‘Waking Up’ was actually the second song that we ever wrote, so that’s the first song that we played [in the Broad & High studios],” said vocalist Emma Swysgood.

“I feel like the song is about moving forward – waking up,” Swysgood said.

Slow Motion
“That one was actually written in the time period that ‘Waking Up’ was written,” said Swysgood. “It was written a really long time ago. For us, it’s an old song, even though we haven’t recorded it (yet).”

Aimed at You
Guitarist and vocalist Sean Gleeson said they were “in weird patch like at the end of last year (2017) – going through like a lot of band changes and life changes.” Gleeson said when showed Swysgood what he had written for the song she told him, “‘I know exactly where I want to take this,’ and just wrote the rest.” 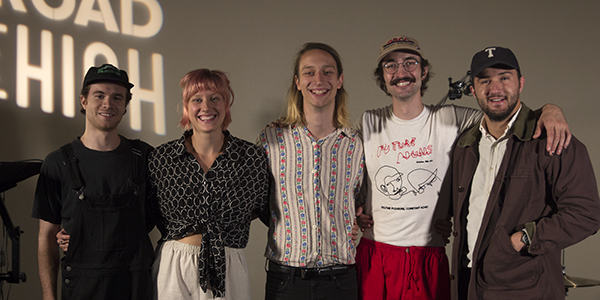 Sean: So when we were doing that show at [Ohio University], [our friend] was like, “I’m making a poster. What’s your guys’ act name?” We’re like, Mungbean Dream …

Emma: She didn’t tell us that she’d shortened it. She started printing it, and then she sent us a mockup of the poster. And she’s like, “Mungbean Dream was too long, so I knocked off the ‘dream.’” And we’re like, OK.

They did consider changing the band name. “It’s still one of the worst band names. It really is,” said Emma. However, when she started asking people about the decision “everybody was like, ‘no, keep it.’ And I was like, ‘Oh, OK, then fine.’ It’s stuck now.”

Emma: If you like sitting in a bedroom by yourself with headphones on, staring at the ceiling. That’s what came to my mind.

Ian: Clouds in the sky.

Ian: Not me, though. Recording.

Emma: When we’re not performing, we’re probably just hangin’ out.

Sean: Having a good time.

Emma: That’s how so many practices get derailed.

Sean: The taco truck outside of The Bottle Shop.

Emma: The cats inside of 14-O, and then the burrito truck outside.

Max: Johnnie’s bar in Grandview is a good hidden gem. It was built into a house, and it’s a bar.

Sean: We are all fans.

Emma: That’s how we know we’ll make it as a band! We all like the same pizza. [Laughs.] I think if you don’t like pineapple on pizza, you just haven’t given it a chance.

"Waking Up" by Mungbean 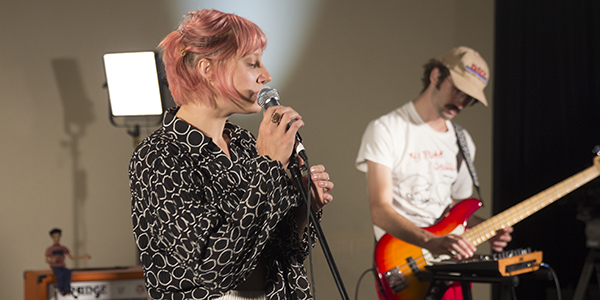 Mungbean was the first band featured in our studio. Watch Mungbean perform "Slow Motion" and learn how the song has evolved alongside the band.

Meet the Musicians of Mungbean

We sat down with Mungbean to learn more about the band members and name. 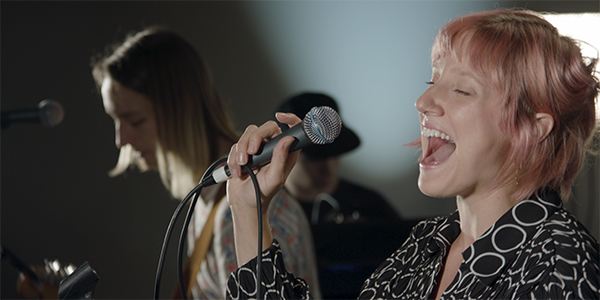 Web Exclusive: "Aimed at You" by Mungbean

"I pretty much just wrote this song to [Emma]," says Mungbean guitarist and vocalist Sean Gleeson. "We were kind of moving forward, just trying to, like, tighten things, as friends, as bandmates."