Mistar Anderson’s story began in 2011, before the band even existed. Back then, vocalist Eric Rollin, drummer Andre Walker and guitarist Ryan Sullivan performed as a hip-hop cover band called This Hip-Hop Project.

By 2013, they were putting out original music and soon started performing as Mister Anderson (which later became Mistar Anderson). Bringing on trombone, sax, bass and keys, the band incorporated jazz, funk and soul sounds into their hip-hop music.

Para Mi / Brother B
“Brother B” is just a remix of the old “Brother B” song the band previously released, drummer Andre Walker said.

“So “Brother B” is basically a song about a dude I just met, like, not more than three days ago at the Walrus. And he’s a guy who, you know, he’s cool as heck. He just never seems to remember (lead singer) Eric (Rollin) when he sees him,” Walker said.

Jonezin Fonzey
“So ‘Jonezin Fonzey’ was basically a sample from, like, a 1950s big-band record. … [Our song is] mostly a cross between big-band jazz and hip-hop. So that’s where you kind of get the two different parts from,” Walker said.

What’s Mine Is Yours
I just wrote about sharing stuff and connecting with people because I feel like that’s missing in a lot of this world,” lead vocalist Eric Rollin said. 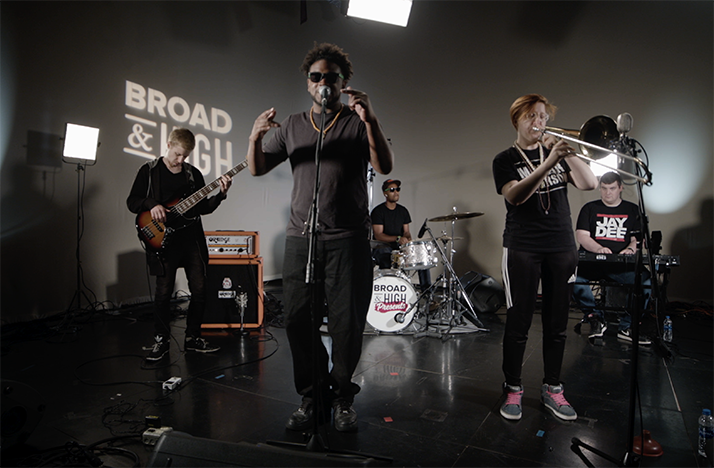 On the Band Name
Eric Rollin: I remember there were a couple of reasons (for the name), but I remember they kept going back to the nemesis of The Matrix. Because originally it was Mister Anderson with the -er. And then we changed it to an -ar.

And I’m glad we did because now it’s easier to search or find us if it’s -ar. Because there isn’t anything else spelled “mistar.” And then “mistar” has the word “star” in it. We’re stars, you know.

Andre: Painting really anything, but lately it’s been turtles. I’ve been painting turtles. I’ve got a show coming up in November at Rehab Tavern, and it’ll be up all November. So if somebody wants to come buy some Andre Walker drummer-producer-weird-dude turtles.

Andre: I try to use them in a social stand point of view. People aren’t threatened by turtles usually. So I can kind of maybe make someone think about something they wouldn’t think about by presenting it through a turtle.

Elaine: I do crafts – lots of crafts. I make a lot of jewelry. I use a lot of crystals. I made my wallet.

David: When I’m not performing, I’m typically preparing to perform.

David: That’s about all I get to do, man. That’s what I love, but it’s a full-time thing.

David: Eden Burger is one.

Elaine: I was going to say Portia’s Cafe or, like, Accent On Nature

David: Almost half of Mistar Anderson is vegetarian or vegan.

Elaine: Lalibela, the Ethiopian restaurant. It’s on the East Side.

Eric: No, pineapple needs to be by itself.

Elaine: I will not appreciate a pizza unless it has pineapple on it.

Eric: I can’t appreciate a pizza unless it has pepperoni on it.

Elaine: I’m vegan – I don’t get cheese on pizza. Put some pineapple on it.

Andre: Man, I’m going to get some vegan cheese and call it a day. If three out of four people say it’s good, it’s good. 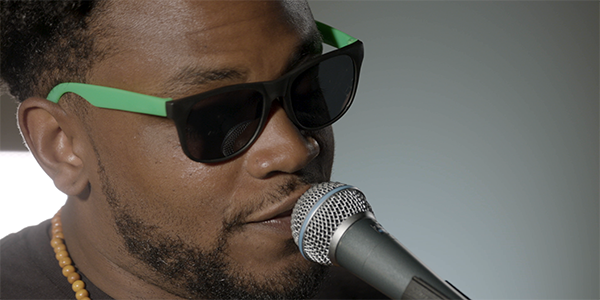 Watch Columbus band Mistar Anderson perform "Jonezin Fonzey" in our studios and get the backstory on the band's inspiration for the song. 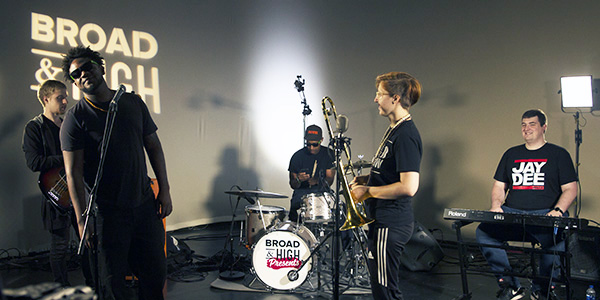 Meet the Musicians of Mistar Anderson

We sat down with the members of Mistar Anderson to learn more about the different musical influences they each bring to the band and more.

Web Exclusive: “What’s Mine Is Yours” by Mistar Anderson

Big band meets funk in "What's Mine Is Yours?" by Mistar Anderson.