Someone once described Stephanie Amber’s singing voice as “honey ice cream on a hot summer day.” Paired with the soulful and bluesy guitar sounds from Adam Darling, the band’s name was born.

Honey and Blue, accompanied by Dwight Bailey (bass), James Gaiters (drums) and David Swank (keys), joined us in the studio to perform songs from their latest album, All the Feels.

Walls
Stephanie Amber and Adam Darling sing about the relief of opening up and breaking down walls on the soulful first track off their 2017 album, All the Feels.

You Don’t Love Me
“This song is about the final argument before two people part ways and the realization that things are broken beyond repair. The verse and pre-chorus were written together, and we ended up using an old idea that Adam had before we met as the chorus. It ended up fitting perfectly,” says vocalist Stephanie Amber.

Leaving You (For the Last Time)
“There’s nothing more empowering than coming into your own and finally speaking your truth. This song began with a keyboard idea from Adam, and I shortly began singing the chorus. It’s basically about the last straw and finally knowing your own worth,” Amber says. How did Honey and Blue start?

Adam Darling: We first met on a fateful day in Los Angeles six years ago. The sun was shining and as I began my shift as a bouncer at a local bar, in walks a bright-eyed waitress preparing for her first shift. We immediately hit it off and began writing songs that same week. The rest, as they say, is history.

What’s the story behind your band name?

Stephanie Amber: As ridiculous as this sounds, we went into our first gig together with no band name. Shortly after our set finished, a friend of ours described my voice as honey ice cream on a hot summer day. It sort of made sense and with Adam’s bluesy and soulful background, the name sort of created itself. I guess this settles once and for all who’s Honey and who’s Blue.

Steph: The short answer is we are a mix of pop, soul and R&B. The longer answer is that we are lovers of so many different genres and artists, and we feel really lucky to have the freedom to explore and aspire to the music we love.

Are you Columbus natives?

Adam: I was born and raised in Columbus. Steph, on the other hand, happens to be a proud New York native. As we were living in LA, we flew back to Columbus to record our first album. And upon arriving, we realized that Columbus had a thriving music scene and we wanted to be a part of it.

Are you two also life partners? If so, what’s it like being creative partners as well, and how does it impact your songwriting collaboration?

Steph: We proudly are both life partners and creative partners. Sharing life and work has its complicated moments, but it is such a blessing to share and grow together in so many ways we are both passionate about. Being in the same house lends itself to lots of different creative ideas and also allows for an openness and realness that is needed for honest songwriting.

Tell me about your newest album.

Our newest album, All The Feels, is a mixture of all of our favorite genres, melded into one project. It was our refusal to be boxed into one specific style, and we had fun exploring. … We write what we know and how we feel from the heart, and we can only hope that on some level that resonates with someone.

What was the first album you ever owned?

Steph: The first CD I ever purchased was Just Push Play by Aerosmith. I knew one of the songs and thought the album cover was amazing.

Adam: The first CD I purchased was SoundGarden’s Superunknown. I had the tape first and then bought the CD, and that band was and still is a huge inspiration for me.

Did you have any posters on your wall as a kid? Who or what were they of?

Adam: As a kid, I had tons and tons of Michael Jordan posters all over my walls. As I picked up the guitar, the posters changed to SoundGarden and Jimi Hendrix.

Does either of you have a proverbial day job that’s very different from making music?

Adam: I’ve been a movement coach and personal trainer for many years and feel very fortunate to have two occupations I enjoy.

If you could invite three musicians, living or dead, to dinner, who would they be and why?

Steph: Aretha Franklin. She was and still is everything. She made me feel that as a woman I could do incredible things.

Adam: Chris Cornell. His music has been inspirational to me from the minute I heard SoundGarden’s SuperUnknown, and it was always a wish that I’d get to meet him.

Steph: Stevie Wonder. I can’t think of one person that embodies music more than him. He’s incredible.

Where can you likely be found around town?

"Walls" by Honey and Blue 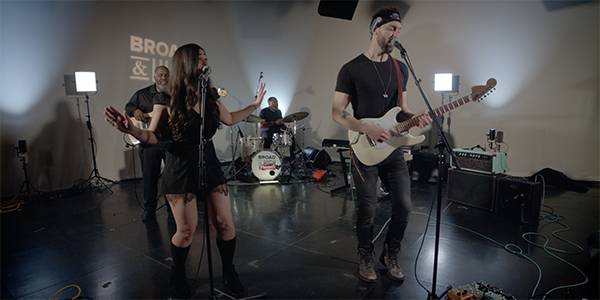 Web Exclusive: "Leaving You (For the Last Time)" by Honey and Blue

"There’s nothing more empowering than coming into your own and finally speaking your truth," vocalist Stephanie Amber says. 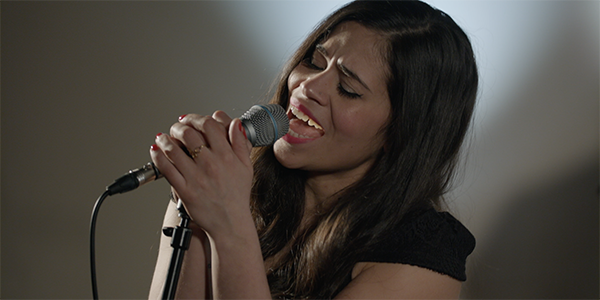 Web Exclusive: "You Don't Love Me" by Honey and Blue

"This song is about the final argument before two people part ways and the realization that things are broken beyond repair," vocalist Stephanie Amber says. 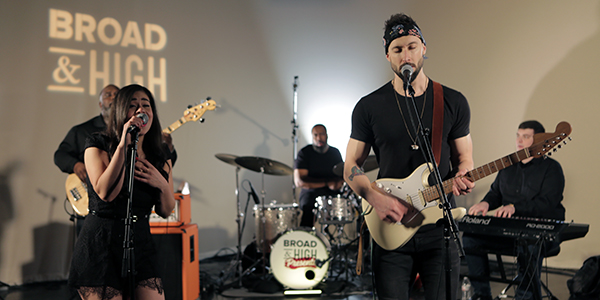 Stephanie Amber and Adam Darling share who's Honey and who's Blue.