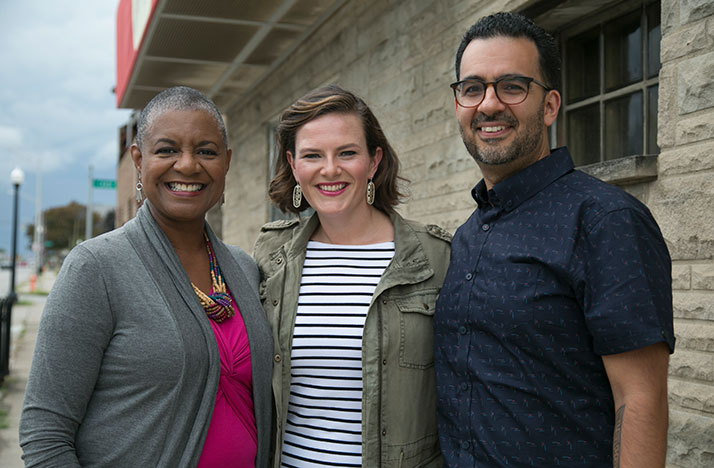 This month is pure excitement at WOSU and it has nothing to do with the election!

We are thrilled to announce a new hour of original local programming starring our community every Thursday night in primetime at 8pm on WOSU TV.

Starting October 6th, Broad & High, recent winner of two Emmy® Awards for its focus on the arts in central Ohio, will air at 8pm, followed by the new weekly version of Columbus Neighborhoods at 8:30pm.

Earlier this year, WOSU broadcast the 12th major documentary about the distinctive, historic neighborhoods of Columbus. Now, we’re taking this project to a magazine-type format with shorter segments each half hour about the history and culture of central Ohio.

We’ll often pivot from history to discuss current and future issues facing our community, always bringing the longer perspective so important to building a better understanding of where we live.

Columbus Neighborhoods will have a dynamic digital presence columbusneighborhoods.org and the project will regularly host public forums to focus on some of the major issues facing our world.

We’re also pleased that our educational team will continue to create digital learning objects – videos, lesson plans, and more – from the Neighborhoods programs which will be specifically designed for area teachers to use in their classrooms.

This new three-year commitment to tell the story of our changing community is being made possible by major support from AEP, State Auto Insurance Companies and a number of other corporate, foundation, and personal contributors.

We believe we have one of the most talented public television producing teams in America and they are very excited. Kate Quickel returns as host of Broad & High and we welcome new Columbus Neighborhoods co-hosts Charlene Brown and Javier Sanchez to our team.

So start making Thursdays nights at 8pm your time to enjoy the arts, history, and culture of this remarkable place!