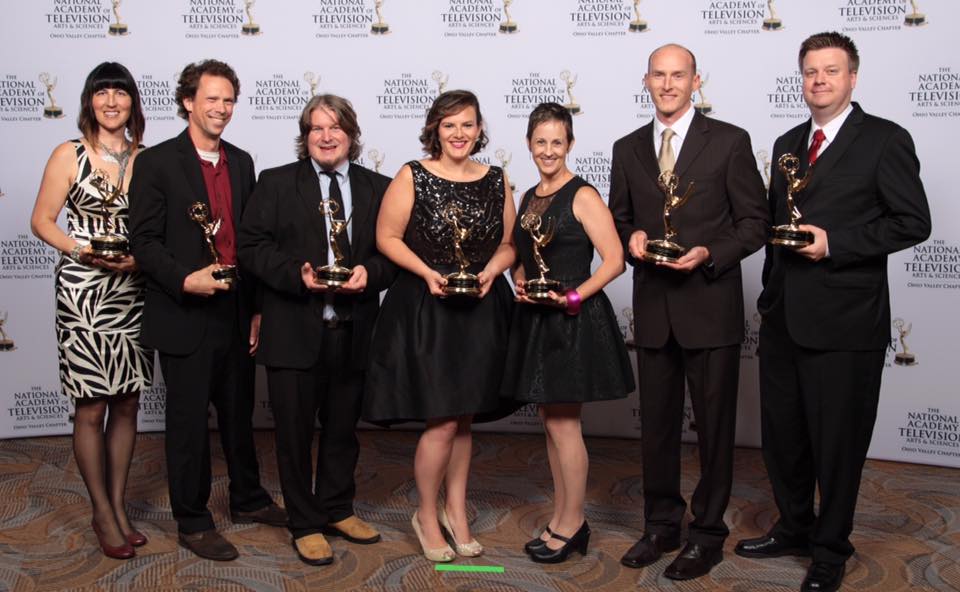 At the 52nd Annual Ohio Valley Regional Emmy Awards Admiral Byrd: Forged on Ice won for Nostalgia Program; the arts and culture weekly series, Broad & High, was recognized in the Magazine Program category for the third year in a row and a segment from the program highlighting an exhibit at the Cultural Arts Center in Columbus won for Magazine Feature/Segment; artist profiles for the Greater Columbus Arts Council’s Art Makes Columbus/Columbus Makes Art Campaign won for Best Community/Public Service (PSA); and “Surviving an Active Shooter“, a piece created by WOSU Productions for The Ohio State University Department of Public Safety won for Short Format Program – Informational.

The WOSU Public Media original documentary, Admiral Byrd: Forged on Ice is an hour-long program that examines the life of Richard E. Byrd, from his childhood in Virginia to the most extreme environments on earth. It shows the legacy Byrd built through sheer will, ambition and perseverance, while looking ahead at the 21st century explorers and climatologists who carry on in his name. Watch the trailer here:

The weekly magazine show, Broad & High, is the ultimate intersection of arts and culture in Columbus. Currently seen Wednesday nights at 7:30 p.m. on WOSU TV, Broad & High is a half-hour program that features segments of national interest, but focuses on the character and creativity of Columbus. Major funding for Broad & High is provided by the Greater Columbus Arts Council. The segment that won Magazine Feature can be viewed here:

Art Makes Columbus/Columbus Makes Art is a community-wide arts sector marketing campaign, developed with the intention to raise awareness of the incredible artistic talent in Columbus and the diverse offerings of arts and cultural organizations. For the campaign, WOSU Productions developed 14 profiles of local artists and performers. Award-winning PSAs can be viewed here:

The Ohio State University Department of Public Safety, in partnership with the Office of Student Life, commissioned WOSU Productions to produce “Surviving an Active Shooter” to educate the university community about what to do in the event of an active shooter on campus. The award-winning piece can be seen here: