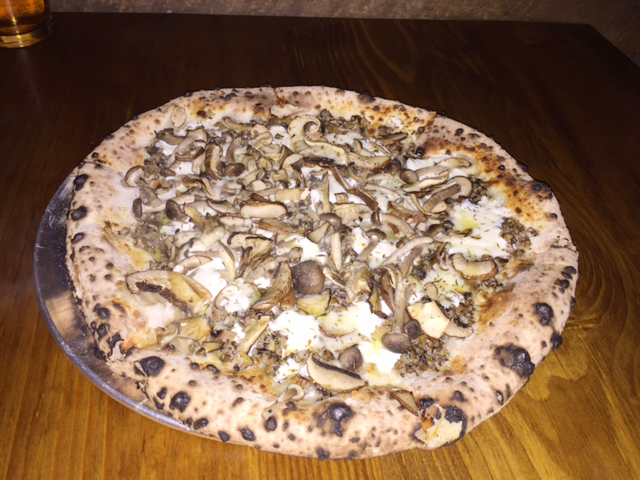 The “Some Guys Have All the Fun” pizza at Paulie Gee’s with mushroom duxelles, extreme mushroom mix, thyme, mozzarella, fontina, and truffle oil. Photo: Steve Stover

Paulie Gee’s, the Brooklyn pizzeria which was voted New York City’s best pizza in 2014 by Zagat Survey, has opened a location in Columbus’ Short North.

Paulie Gee’s Columbus owner/operator Terry Gibbs worked at the Brooklyn location for a year before opening in Columbus in the former Short North Coffee House location on 1195 North High St.

Paulie Gee’s decor is plain, with wooden tables, subdued lighting, and a nice bar. However, the Italian wood-fired oven is the focus of the restaurant. 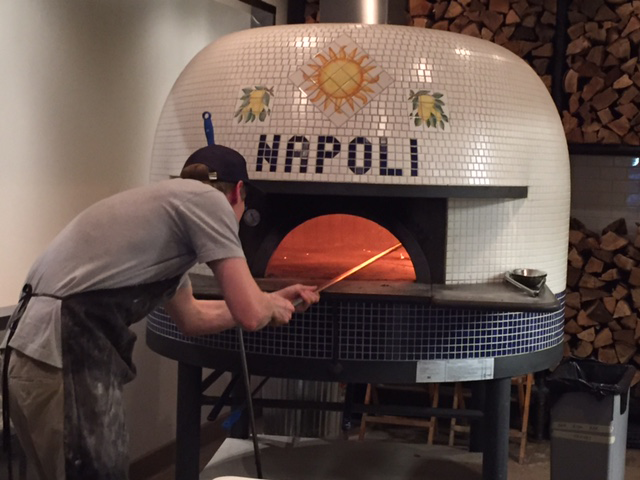 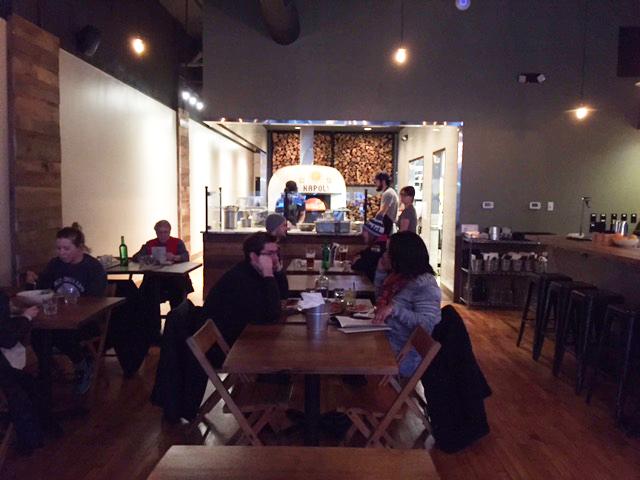 The interior of the new Paulie Gee’s pizzeria in the Short North where pizza are available for dine-in only. Photo: Steve Stover.

The pizza is Neapolitan, with creative toppings. The crust is outstanding. The wood-fired oven makes for great flavor and a little char on the crispy edges. 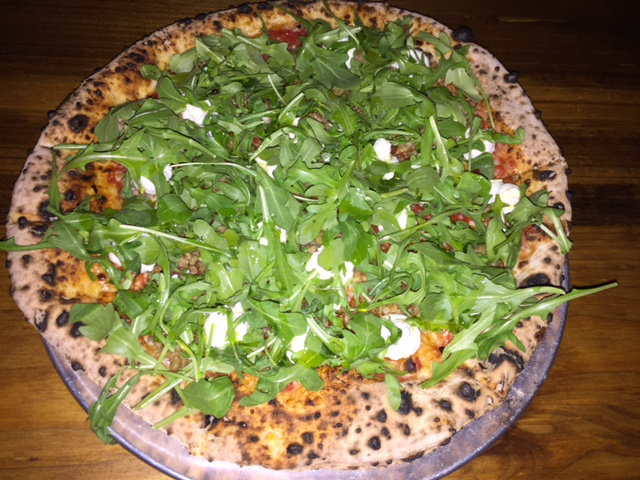 There are 17 pizzas, all with fresh and sometimes unusual ingredients. Curiously, there are no substitutions or modifications except as noted on the menu, and there is no carryout. Paulie Gee’s wants you to enjoy the pizza as it was intended, straight from the wood fired oven.

Paulie Gee’s is off to a great start, a casual spot with great pizza and sides. Give it a try!